I was born and raised in Bakersfield, California where I attended Garces High School and Bakersfield College. After two years in community college, I was the first in my father's family to attain an Associate's degree in Liberal Arts. In 1998, I transferred to San Francisco State University to study theater and education. (Go Gators!) I graduated with a bachelor's degree in Drama in 2000, and I obtained a teacher's credential in English the year after. I wanted to explore the world and connect with my roots, so In 2002, I moved to Xalapa, Veracruz, Mexico. It was an amazing experience where I also met my wonderful wife. We returned, my wife emigrated, to the United States a year later. Upon returning to the Bay Area, I was hired to teach English as my first official teaching position at Oakland Military Institute when it was located on the Oakland Army Base.

Over the years at OMI, my roles and responsibilities at have grown. I was placed as an English Language Development teacher and charged with creating an ELD program that would serve our immigrant community. I returned to San Francisco State University and received a master's degree in Teaching English to Speakers of Other Languages. Additionally, I became a national board-certified teacher of students studying English as a new language in 2015. Subsequently, I discovered that I had a passion for data; I began to manage data and assessments for OMI when the new Smarter Balanced tests were being implemented across the state. In 2018, I was finally asked to step out of the classroom to provide data and training to the teaching staff. OMI has been very kind to this southern California transplant. This community has adopted me and made me feel like a part of the family. To me, this school has been the most important project of my professional life.

Currently, I live in San Rafael with my wife and two children, Rodrigo and Itzel. As for the future, I plan to continue working for the OMI community empowering stakeholders, so we can transform the lives of our amazing students. 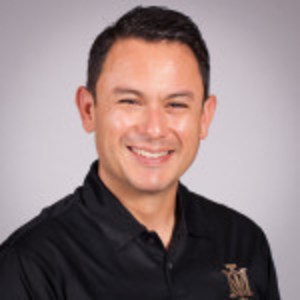