Mr. Jones’s passion for music began at the age of 13 where he joined the Long Beach Brethren Elementary School(L.B.B.E.S) band playing trombone.  While he was going to school playing trombone, he was attending Gospel Memorial Church of God in Christ (C.O.G.I.C) playing Keyboard and Organ.  Music became an instant dedication in his life that had him practicing at the early hours of the morning to perfect his craft.  At the same time, Mr. Jones practiced being a better musician, his skills in music production were being crafted as well.  He began producing songs with local bands in the Los Angeles and Northern California Area.  While in high school he was able to attend UCLA piano camp, USC jazz camp, Grammy in the Schools, and All-City Marching.  Mr. Jones is a classically trained pianist that studied classical artists such as Bach, Chopin, and Rachmaninoff.

After high school he moved to Oakland California, to attend Holy Names University to achieve a Bachelor's degree in Music and Master's Degree in Business Administration in which he did.  In recent years, Mr. Jones has been teaching High school and Middle school students the basics of musicianship, which includes ear training, music theory, and the technique at Oakland Military Institute.  Mr. Jones provides a well-rounded teaching curriculum that encourages his students to be creative and unique.

Mr. Jones has had the opportunity to play music for such companies as Intel, Pandora, and Ted Talks. In concordance with those opportunities, he has had the pleasure of sharing the musical stage with such artists as Norman Hutchins, Demetrius Tolfree, Timothy Wright, Dale Anthony, Kev Choice, IAMSU, PLO, Netta B, Adrienne Kelly, Scott Whitfield, 1-O.A.K, and Johnas Street. He has played for such Universities that include: Stanford, San Francisco State, and Berkeley University Gospel choir. Lastly, Mr. Jones has opened up for music icons such as Kehlani, Too Short, and Lauryn Hill.

I have the opportunity to teach our OMI students a free college course that expounds on the ideologies of Jazz, Blues, and American Pop Music. Below is the course description. If you are interested in taking this course please don't hesitate to reach out. Email: djones@omiacademy.org

My course Jazz, Blues, and Popular Music in the American Culture is an analytical examination of American social and cultural history through the study of popular music, its structure and composition, and the industry that promotes it.  A full, in-depth understanding of American popular (“pop”) music throughout the country’s history includes more than knowledge of a song’s lyrics, melodic lines, and the musicians who perform them.  It provides a window into the social, cultural, and sometimes political landscapes in which they were conceptualized.  It also tells the story of an era’s emerging technologies and how innovation transforms industries, production, business, and lifestyles.  Today, we have influencers on YouTube, TikTok, and other social media platforms far from the traditional corporate music business world, yet reaching millions of consumers as effectively as – if not more than –companies such as Columbia, Decca, or Capitol Records.  Are they on the “periphery” cultivating niche trends as with independent labels before exploding into the mainstream?  And in a world of instant information and the invasion of content creation, how much excellence of practice is sacrificed, if any?  In effect, America’s history can be told through roughly three minutes of sound patterns, enticing sonic games, riffs and cadences, and polyphony and appoggiaturas, all of which captivate our emotions, influence our moods, or transports our minds (and thus can have an effect on our bodies) in ways no other medium can.

Through this course, students will better understand how music has influenced the masses and thus proven its powerful social and cultural significance.  This partly includes furthering their understanding of basic music theory and composition through much enjoyment of pop song listening, song analysis, and discovery of what elements makes a song “good” and thus becoming more critical consumers of pop music.  As music scholar Jeremy Begbie adeptly observes, if we adopt uncritically only one particular way of considering music, not only will our vision of the possibilities of music tend to be narrow, but very likely we will not be able to do justice to the diversity of experiences and actions that music involves.

My Learning Philosophy and About Me: The goal is to dive deep into something we already ENJOY.  And this class is your learning community, in which we all belong and actively participate through problem-solving, critical thinking and reflective thinking.  Excellence is inspirational and I strive to lead by example.  Regardless of your personal motivation for enrolling in this course or what your long-term vision is for your life trajectory, I hope that it helps you become a better person, better your community, and stoke your creativity.  When brainstorming ideas and getting creative with your assignments: failure is an option, failure to deliver is not. 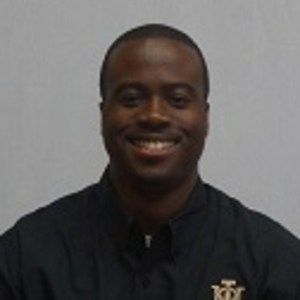